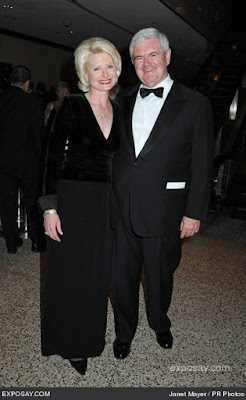 "---why has Minerva been celebrated whilst Pecunia has been left in obscurity, although throughout the whole human race avarice allures a far greater number than skill?"


"Their numbers, and their wealth, makes them haughty, and that is so far from being an argument to persuade us to forbear them, that 'tis a warning to us, without any more delay, to reconcile them to the unity of the Church, or remove them from us."


---Daniel Defoe, "The Shortest Way with the Dissenters".

The Angelic Doctor of Second Generation Reaganomics is a political type. He sustains his political celebrity by co-sponsoring efforts with charlatans on either side of the aisle, joining think tanks, appearing on corpress political talk shows and, most essentially, running or planning to run for President every election year to amass funds for his political pac. It's a living! A man who has not held a political office for twenty years has made more by doing what he loves best, and what also got him kicked out of Congress in an ethics scandal, raise money. He's divorced two wives and, like dame Pecunia herself, trades up in women to amass value. He's all for unfettered trade!

Inexplicably this veteran political hack has a reputation for having an enormous intellect. He was, to his eternal credit, the front man of the original Contract for America. It was, like Our Angelic Doctor's grasp of anything, an outdated economic and social programme we are now seeing revivified in various states of our Blessed Union. The corpress can't help but fall in love with a politician who zealously implements big policies to rape the many for a blessed and wealthy few. He's serious and courageous like his ideological homunculi, the Tea Party. They too are equipped with outrageously refined intellects. They too serve up left-over microwaved Heritage Foundation economic plans fervently praised by stupendous and unbiased intellectual luminaries such as David Brooks, Sean Hannity and Dick Armey.

Whilst divorcing two wives, one was served papers during Chemotherapy, publishing ghost-written civil war era historical novels, glorifying the States' Rights champions of course, and giving speeches at prestigious private religious colleges all over the United States, our intellectual and angelic, despite the porcine visage, hero also ran up an enormous expense account. His calls for shared sacrifice and belt tightening have yet to diminish his physical and pecuniary Transcendence. When you're a Media Savvy political careerist who toadies up to plutocrats you can't cater to the vulgare. Any sign of that weakness would lose him invitations to all FOXNews shows, Meet the Press, Face the Nation and, most importantly, Rush Limbaugh's radio show.

What pains his admirers most is that, now, as The Angelic Doctor, he has the temerity to speak plainly and, a detour for Mr. Gingrich, truthfully about another one of his epigone's, Rep. Paul Ryan, economic plan. It is unfair to hold this saintly and holy architect of contemporary and anachronistic right wing political ideology to any standard! His intellect makes him a fount of Our Creator's light set against, and magnified by, general human darkness. This spiritual war for the Future of America, to him, is a contractual relation. And, in a disciplined and Saintly harmoniousness, much like his market based matrimonial practice, is for sale to the highest bidder.

I have consciously tried to discuss our Angelic Doctor in Sacerdotal tones. His worship of campaign contributions matches the divine zeal of televangelists' insatiable fundraising efforts. The scope of his Goliath sized intellect merits allusions to the Angelic and Saintly Fathers and Doctors of the Mother Church. Though a Philistine, he's still blessed with the opulence of earthly paradise without donning a hair shirt or having a single original thought. Can any man deny Our Lord has shown him favor?