(all quotes from "How to Quiet a Vampire" by Borislav Pekić---from Postscript 2 "Professor Konrad Rutkowski's Secret Testament, Tractatus Logico-Philosophicus" and "Editor's Notes")

III.I. a. "An intelligent man must rationalize his murder logically, with higher motives, he must spiritualize it with ideology, complicate it with precedents, in brief---he must give it a theoretical foundation."

IV.4. "Nihilism proceeds in two directions that converge only at the conclusion. On the one hand everything is declared to be an illusion. Naturally, in a world of illusion, not even betrayal can be real. It too is illusory. If the world does not exist, there can be no betrayal of that world either. On the other hand, everything is worthless, primarily because it is illusory, but beyond that it's worthless in and of itself. Everything is empty, repetitive, past....And in a world of no value, betrayal can even be good. Because if this world is evil and condemned to ruin, everything that hastens that ruination is good.

IV.5. "Soon even words will become superfluous.They'll be replaced by the initial letters of concepts and then by numbers. People, of course, will keep suffering and dying, but they'll endure it more easily, because misfortunes will lose their critical significance for life and become logical categories."

IV.6. "Need it be stressed that an intellectual can only scorn such a life? The fact that he himself is to blame for it, doesn't take away his right to scorn it. On the contrary. That right thus becomes even more justified. Because who can know the shortcomings of his work better than the creator himself? But, at the same time, he fears life as well. He hates the life he's betrayed, a life that now, of course, doesn't offer him anything but new betrayals and deeper falls."

V.3. "Alienated even from our sense of guilt and, because that's our sole unmistakable mark, alienated from the essence of the world, we begin to hate that world, as if it had been created not by our own hand but had always been here. We flee from it in disgust into a molehill of personal security. We finally feel relieved. We think that a way out has finally been found and that the dichotomy has been resolved to everyone's satisfaction: reality is happy and all our principles are present and accounted for. Or as the Greeks put it: "Just as the bread is good, the dog is sated."

VI.2. If such insanity is given the opportunity to gain a foothold in history and become one of its driving forces, the results are worldwide movements, religions, fanaticisms, or collective missions, But if, on the other hand, these individuals fail to grab hold of history, they write delusional books or rush through the streets bearing crosses on their backs, foaming at the mouth and brandishing knives. In the first case, the escalation of insanity sometimes even assumes the guise of civilization. Entire state machineries are placed at insanity's disposal so it can create a new world with their help and according to its own warped image of itself. In the second case, the story ends in an insane asylum. When all is said and done, I have to say I don't see any particular justice in that.

"In part VI, section 2 of his Tractatus Logico-Philosophicus, in one of his lucid moments, Professor Rutkowski discusses the escalation of insanity in history. This is a significant and bitter confession for a man who openly agreed with Freud that "our greatest hope for the future lies in the Intellect(the scientific spirit, reason) over time attaining a dictatorship in the inner life of mankind."(It has already almost reached this state, but nothing in our lives is any better.)"
Posted by Anatole David at 1:23 PM No comments:

An arrow shot into the Sun
above sky blue seas---
We swam and kissed clean
our salty skin.
Méta's tan arms and face,
dark hair stroked by breeze,
hoop earrings swinging in time,
yellow floral top and no bra
foregrounding erect nipple...
Her eyes penetrated mine.
We eclipsed the Sun,
exceeding curtained worlds.
Our eyes always entwined
but aware of everything else
as secondary, a backdrop to
always being inside each other.
Her image on glass
a better shade than Helen's.
It never inspired bloodbaths,
just carnal immersion.

My Imaginary European Friends I

First place must be given to the State Dept
funded scholar in Madrid, gracious as she's severe.
Stern and glorious face, so beautiful it's
terrifying. Says everything and still shushes
with the mystery of all beauty.
Her mother of Ancient Prussian Nobility,
father a wealthy Mediterranean merchant.
She picked up chain smoking and
self doubt from him, hauteur and
spontaneous grace from her. We fell
out taking opposing sides
when a celebrity mocked
the Fascist granddaughter
of a dead Fascist.
She had the misfortune of knowing
everything(Faith) and valuing nothing(God)---
including herself who, she'd always say,
"Fell short."
Her mother adored Rilke. His precious
letters to Prussian Noblewomen, redolent
with flattery and polished sentiments, gave
her immense pleasure. Every time I
eliminated or passed gas, regardless of
what orifice issued from, I knew our
tenuous bond would sunder.
She rarely talked about her father. Save
for reservations about smoking, which
she shrugged off as a "Catholic thing".
I thought of my habits and...
I miss her more than I fear her disapproval.

Her kiss a pleasant Sirocco,
sweet as pink Moscato.

Clauses and similitude mount me
ardent as her thighs grip my hips. 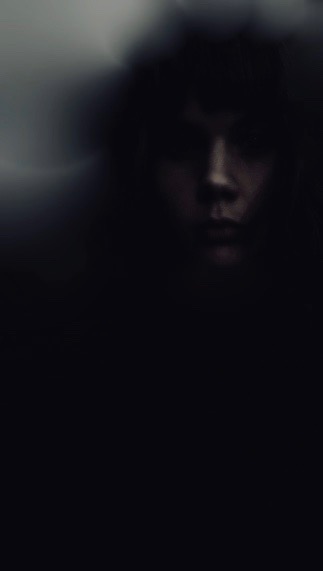 Posted by Anatole David at 12:36 PM No comments:


In this Duchy of Downpours
the Sun is an ideal.
It shines bright when we close eyes,
blinds keen as first kisses.

The well lit streets shine up
and shade damp clothes dull.
The sky's frown is shunned
as crowds seek shelter
in dry oases of gold light
and white décor.

"We lost you there", the nurse whispered.
Took his bite then his breath,
as rain buries sunshine.

Fair is fair, like ecstasy and death.
He touched both and knew mysteries.
Poets plying wordsmithies never
sing sweet as birds at sunset.

Close to close,
they cut off his clothes
before they burned
him to powder
fine as Crystal.
Posted by Anatole David at 1:28 PM No comments: