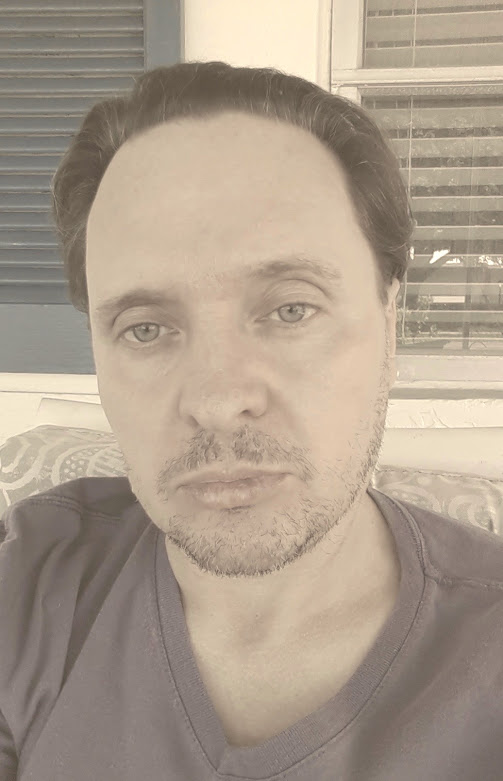 
Piquant and fine, exquisitely it doth blow.
Cloaking within crude hair and buggers that grow.
Peak raised high to savor best heaven sent scent.
These are the noses that tweak mine eyes ardent.

Posted by Anatole David at 3:13 PM No comments:


Blue above soft as cheek's down,
wake of her scent buoys each step.
Grass bends pliant underfoot,
giving way like lovers' limbs.
Dew decks skin in dazzling raiment.
We stride in time to sylphs chirping.

Posted by Anatole David at 1:57 PM No comments:


(all quotes from "How to Quiet a Vampire" by Borislav Pekić---from Postscript 2 "Professor Konrad Rutkowski's Secret Testament, Tractatus Logico-Philosophicus" and "Editor's Notes")

III.I. a. "An intelligent man must rationalize his murder logically, with higher motives, he must spiritualize it with ideology, complicate it with precedents, in brief---he must give it a theoretical foundation."

IV.4. "Nihilism proceeds in two directions that converge only at the conclusion. On the one hand everything is declared to be an illusion. Naturally, in a world of illusion, not even betrayal can be real. It too is illusory. If the world does not exist, there can be no betrayal of that world either. On the other hand, everything is worthless, primarily because it is illusory, but beyond that it's worthless in and of itself. Everything is empty, repetitive, past....And in a world of no value, betrayal can even be good. Because if this world is evil and condemned to ruin, everything that hastens that ruination is good."

IV.5. "Soon even words will become superfluous.They'll be replaced by the initial letters of concepts and then by numbers. People, of course, will keep suffering and dying, but they'll endure it more easily, because misfortunes will lose their critical significance for life and become logical categories."

IV.6. "Need it be stressed that an intellectual can only scorn such a life? The fact that he himself is to blame for it, doesn't take away his right to scorn it. On the contrary. That right thus becomes even more justified. Because who can know the shortcomings of his work better than the creator himself? But, at the same time, he fears life as well. He hates the life he's betrayed, a life that now, of course, doesn't offer him anything but new betrayals and deeper falls."

V.3. "Alienated even from our sense of guilt and, because that's our sole unmistakable mark, alienated from the essence of the world, we begin to hate that world, as if it had been created not by our own hand but had always been here. We flee from it in disgust into a molehill of personal security. We finally feel relieved. We think that a way out has finally been found and that the dichotomy has been resolved to everyone's satisfaction: reality is happy and all our principles are present and accounted for. Or as the Greeks put it: "Just as the bread is good, the dog is sated."

VI.2. If such insanity is given the opportunity to gain a foothold in history and become one of its driving forces, the results are worldwide movements, religions, fanaticisms, or collective missions, But if, on the other hand, these individuals fail to grab hold of history, they write delusional books or rush through the streets bearing crosses on their backs, foaming at the mouth and brandishing knives. In the first case, the escalation of insanity sometimes even assumes the guise of civilization. Entire state machineries are placed at insanity's disposal so it can create a new world with their help and according to its own warped image of itself. In the second case, the story ends in an insane asylum. When all is said and done, I have to say I don't see any particular justice in that.

"In part VI, section 2 of his Tractatus Logico-Philosophicus, in one of his lucid moments, Professor Rutkowski discusses the escalation of insanity in history. This is a significant and bitter confession for a man who openly agreed with Freud that "our greatest hope for the future lies in the Intellect(the scientific spirit, reason) over time attaining a dictatorship in the inner life of mankind."(It has already almost reached this state, but nothing in our lives is any better.)"
Posted by Anatole David at 1:23 PM No comments: