Monsieur Homais as a Contemporary Journalist 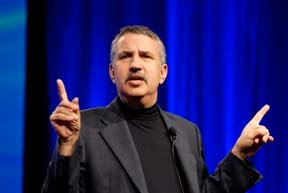 "Yes," said the pharmacist, "no imagination, no wit, nothing that makes a man shine in society."

He has more customers than there are sinners in hell; the authorities treat him kindly and he has the public on his side.

He has just been given the cross of the Legion of Honor.

As Flaubert's Homais was a concise portrait of the post enlightenment philistine, Thomas Friedman is the present arch philistine of "Globalism". The offhand comments of cab drivers and hotel receptionists the world over are sucked into the vortex of his tireless banality. Billboards and corporate boardroom bon mots are first principles. Ultimately Friedman is the "Ugly American" as an intellectual tourist.

President Obama, bien sur, reads him religiously. Established media in the United States refer to him as a "deep thinker". Our contemporary Homais writes a column weekly for the New York Times.

It is no surprise our Homais is a Centrist. All forms of "extremism" upset him; bottle rockets at a country fair alarmed the 19th century Homais. Like the ass caught between two piles of feed, Friedman can't help braying about the danger of "taking sides".

Unfortunately, he carries and broadcasts the love of his own opinion much further than his literary forefather.

This renders his output less tolerable and culture's adulation("best selling books") of it more troubling.

Posted by Anatole David at 9:14 PM